Please view our promotional video for the society by clicking the video below:

Click the link above to see footage of the Nottingham and District Society of Organists Tour of Organs in Denmark, 11-19th March 2016. Concert at Trinity Church, Esbjerg. Performance of Te Deum (C.S.Lang) by the combined choirs or tour members and Trinity Church Men and Boys’ Choir.

Enjoy the videos and photos from this visit to 3 wonderful organs in Manchester, a great turn out for a wonderful coach ride up north, enjoyed by all and attended by lots of new members and guest choristers from our president’s Bramcote church choir. The group also enjoyed a fabulous Evensong from the cathedral choir featuring the music of Orlando Gibbons’ Second Evening Service conducted wonderfully by Organist and Master Of Choristers Christopher Stokes.

Top improvisor Nigel Allcoat gives us a talk about his life as a musician from going up as a choir boy to Oxford College to his travels around the world as a professional musician, organist and pianist. His talk includes performances on the organ and piano plus a gorgeous rendition of his own composition on the Nunchuck’s Dimittis.

Leicester Organist David Gabe gave a talk on the organs and organ builders of Leicester in two parts.

The NDSO virtually visited Flentrop Orgelbouw works for a tour and Zoom discussions, the videos are in 3 parts:

NDSO Member David Butterworth presents a virtual look at the lost tapes recorded for a 1974 album by the choir of St Mary’s church in the city centre of Nottingham. The recordings have been cleaned up and transferred to a digital medium. The video is in 2 parts.

Member Recital – From Advent to Epiphany

A Christmas event for the Nottingham and District Society of Organists featuring organist members performing beautiful organ music from Advent to Candlemas in 2 parts:

Members of the Nottingham and District Society of Organists perform a set of organ pieces, in 2 parts:

PART 2 – performers are David Butterworth (Duruflé & Parry), Michael Overbury (Bach), a ten minute talk on the composer Tournemire by Ian Wells and a special one off performance by Paul Stringfellow. 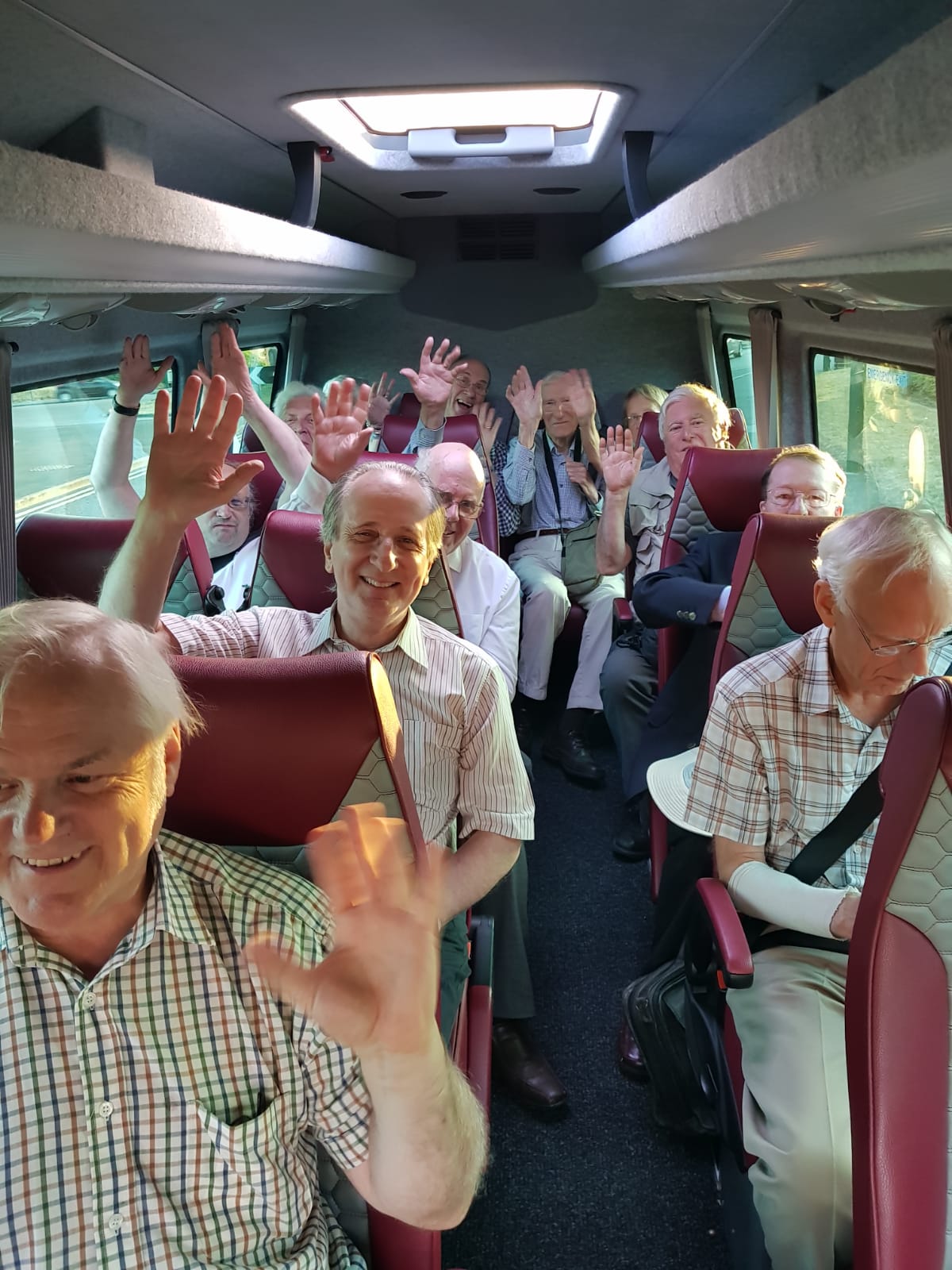 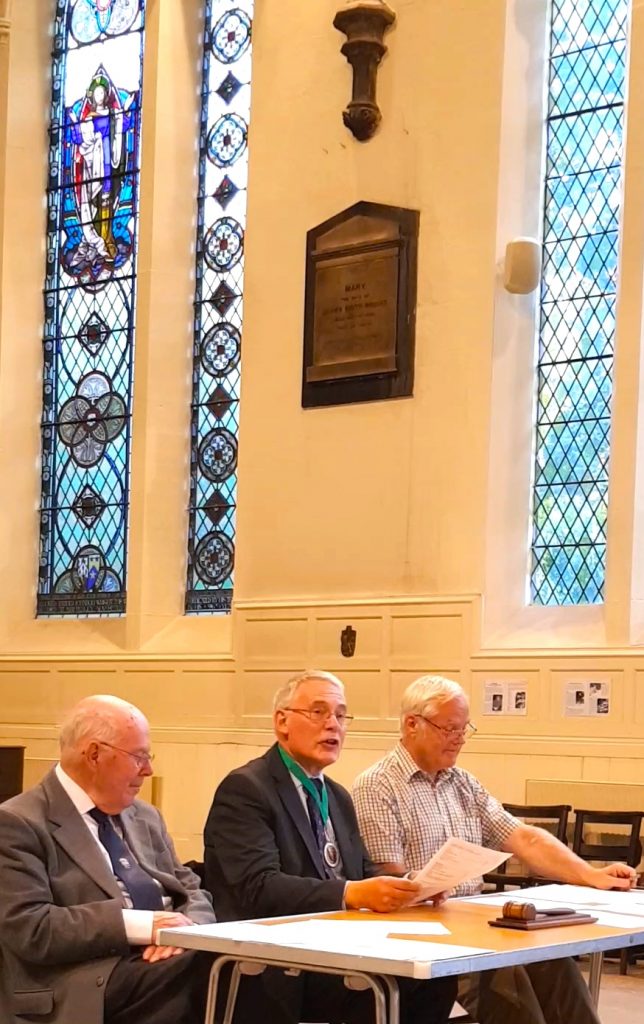 2019 AGM meeting as our new President tells us about the trips he has planned, details can be found on the events page 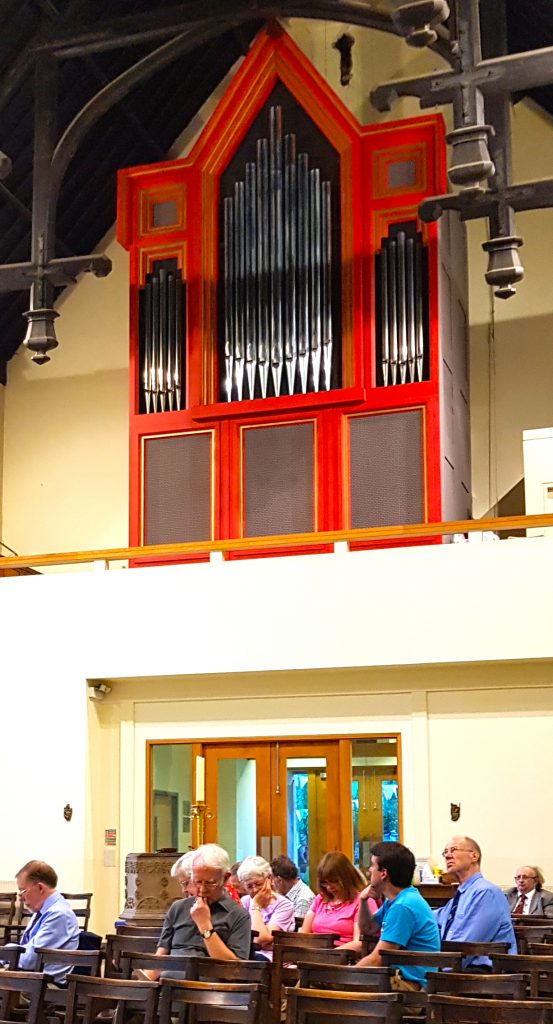 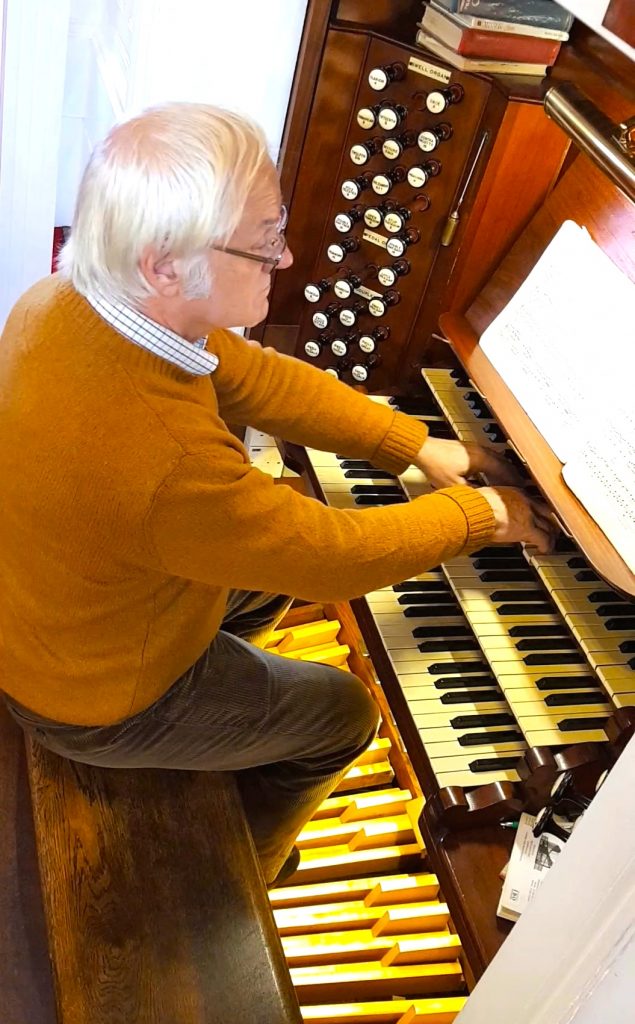 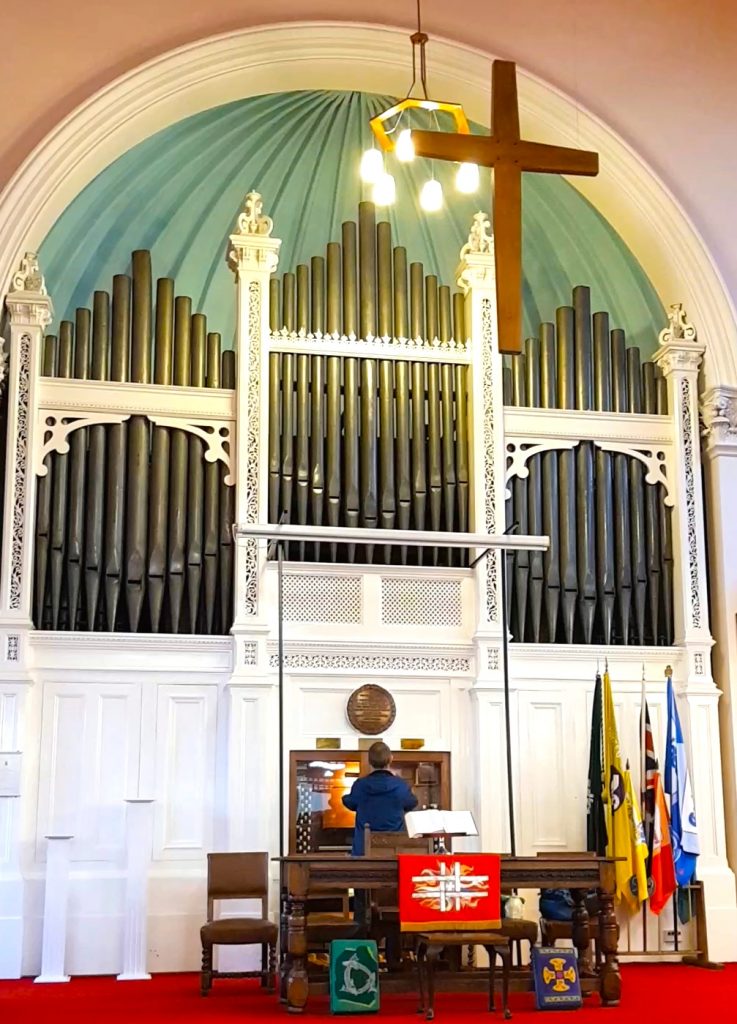 Pipes from the Market Bosworth organ photographed through the case of the new organ at the Parish Church. This organ is based upon the original Porritt pipework with digital pedal stops added to the original bourdon 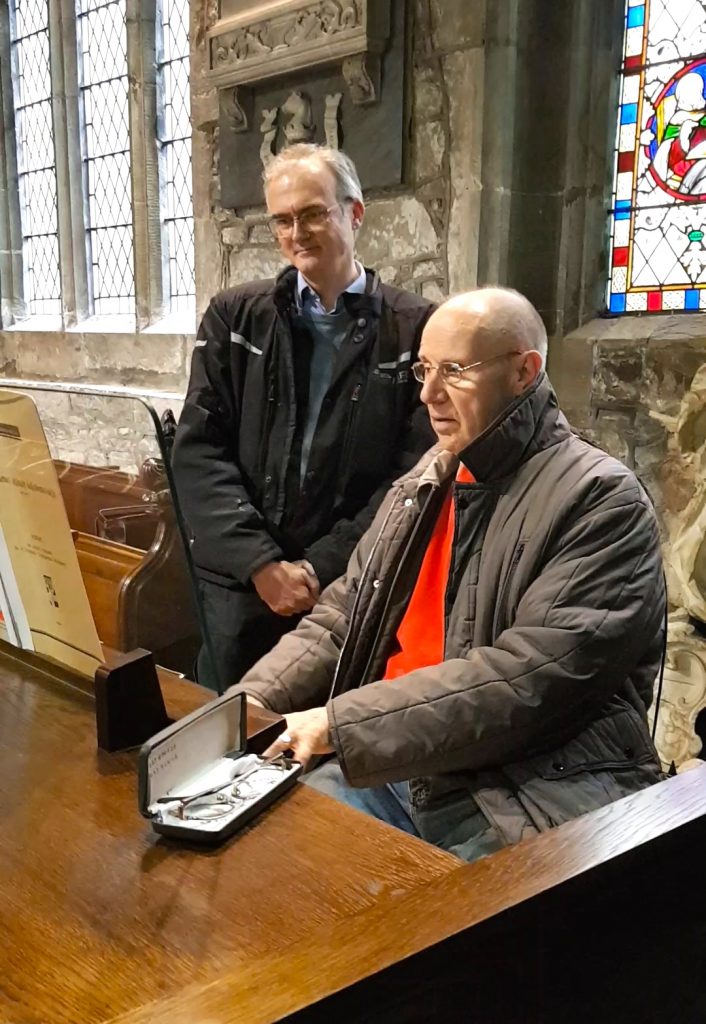 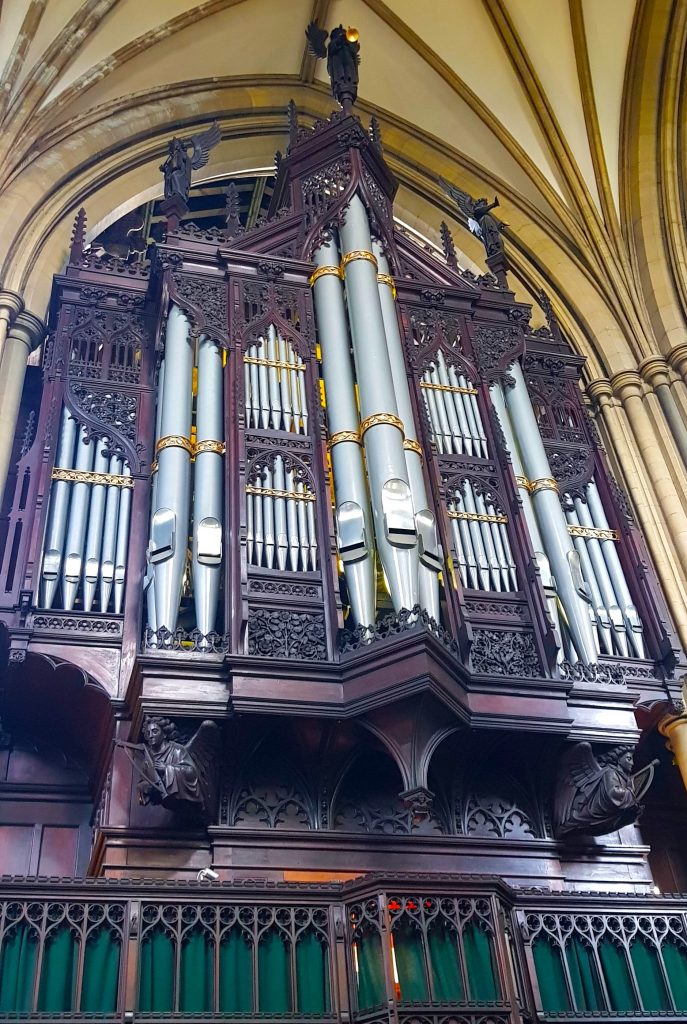 Two members Paul Stringfellow and Ian Watts sneaked off during the Leeds trip to play the Edmund Schulze organ at Armley (immortalised as a Hauptwerk sampleset), courtesy of Professor Graham Barber who kindly hosted them and demonstrated the instrument 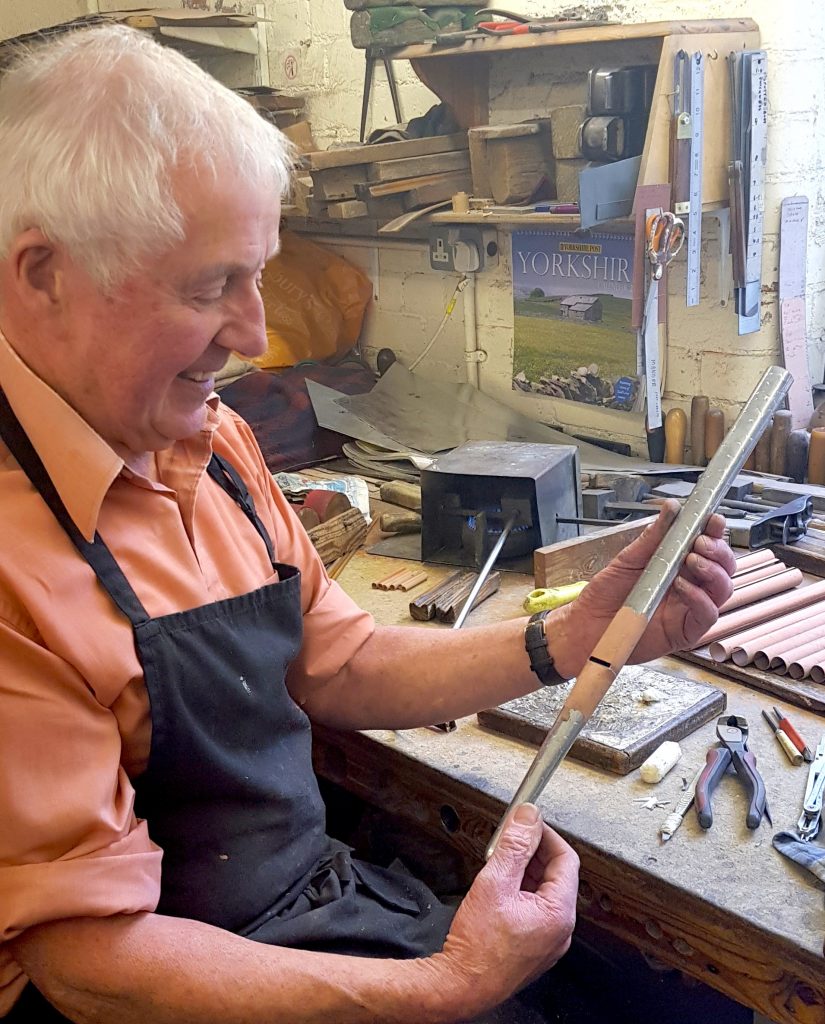 The finished product is shown – these skills have been passed down generations. 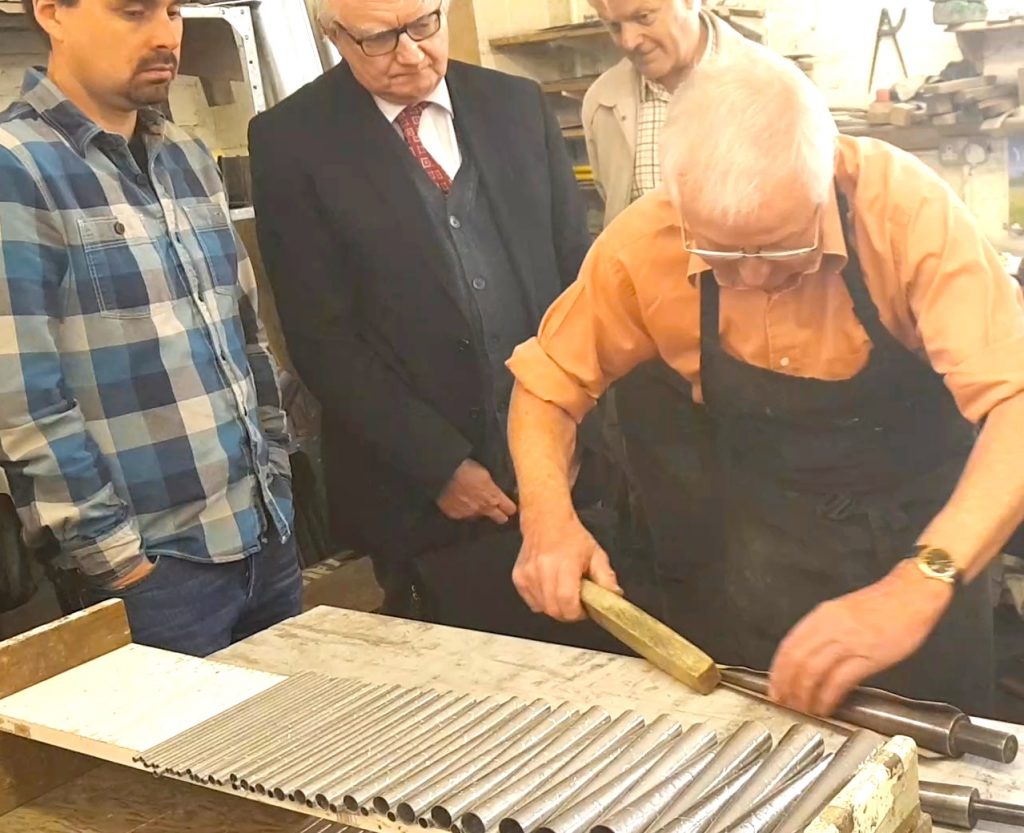 We witness the master pipe maker at work

Secretary Denis Littleton (not a master pipe maker!) has a go at planing metal at Terry Shires pipe makers in Leeds 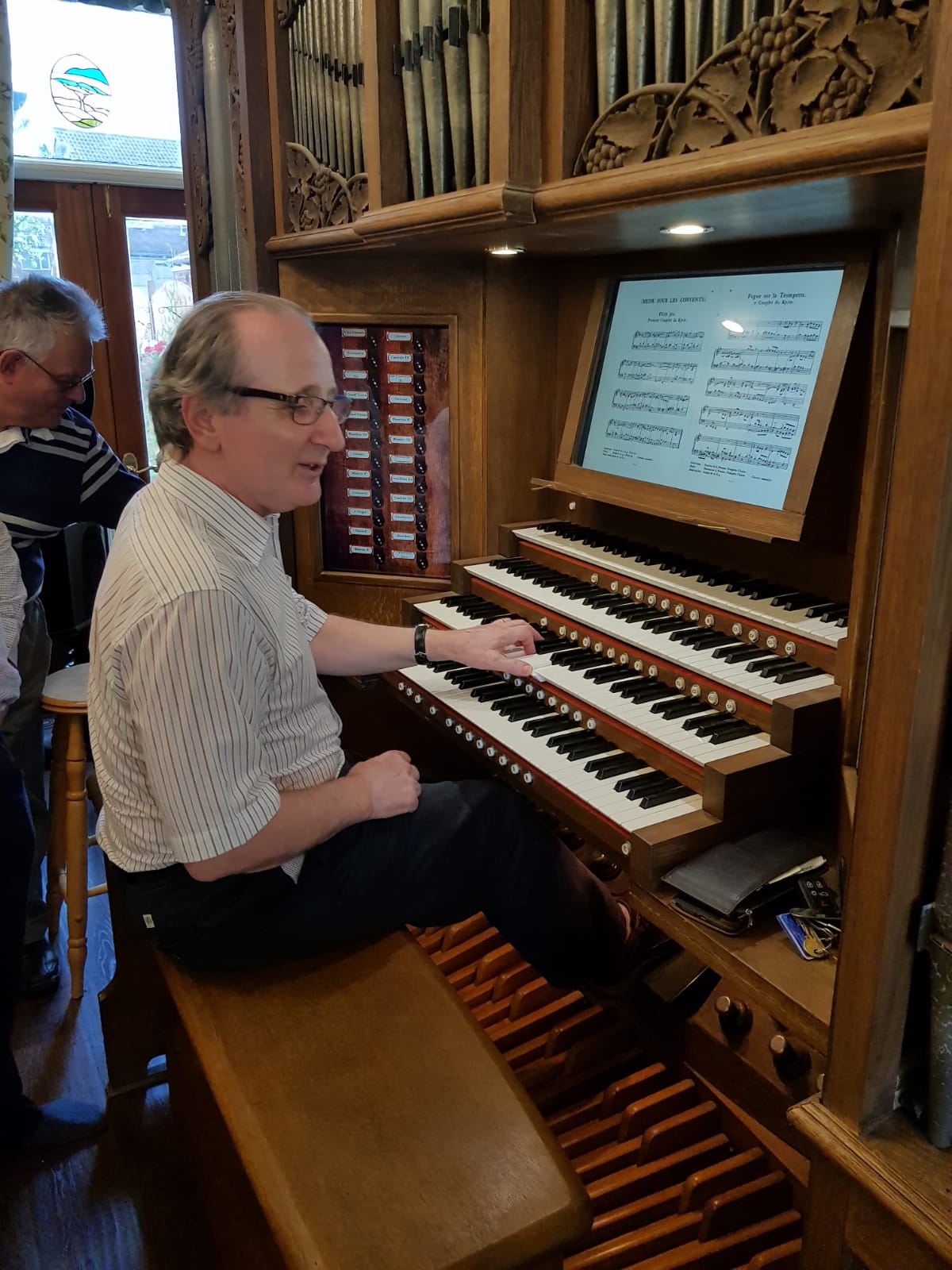 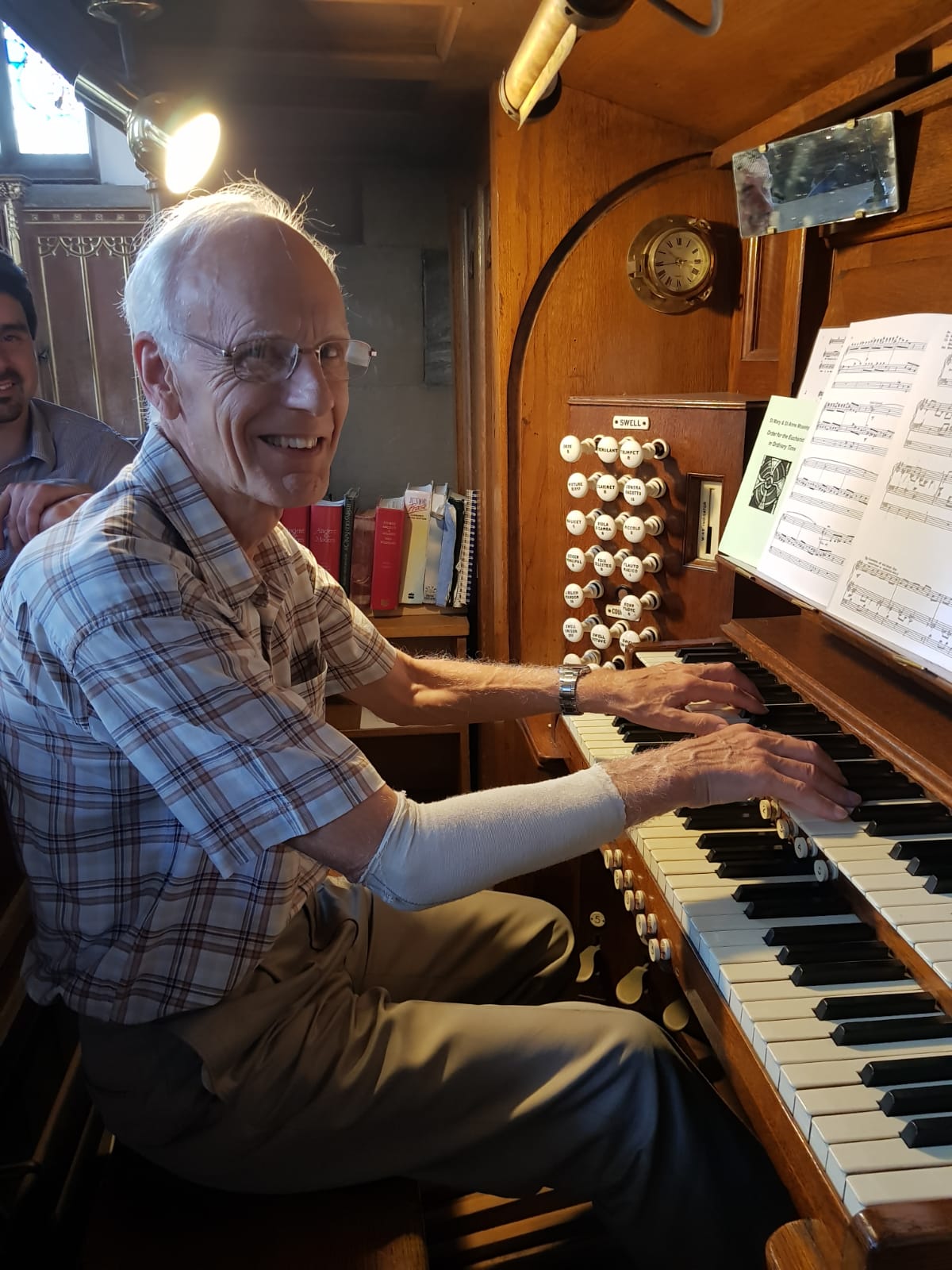 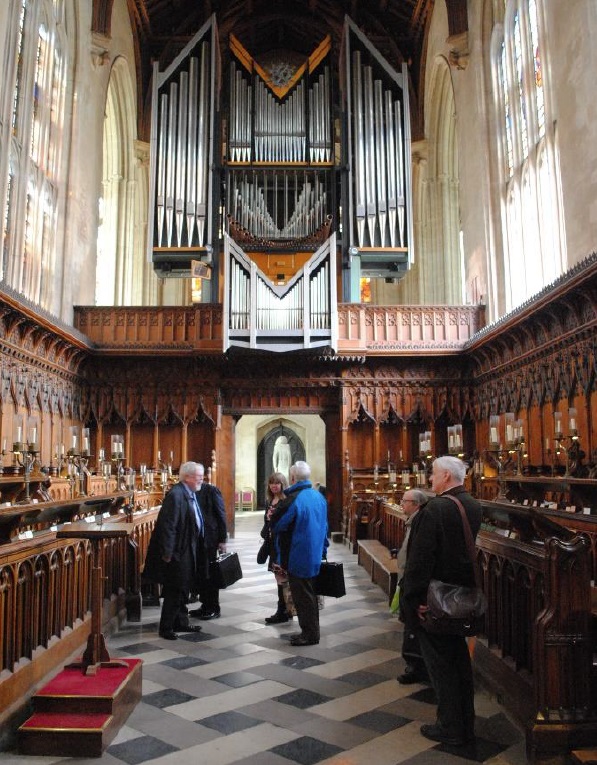 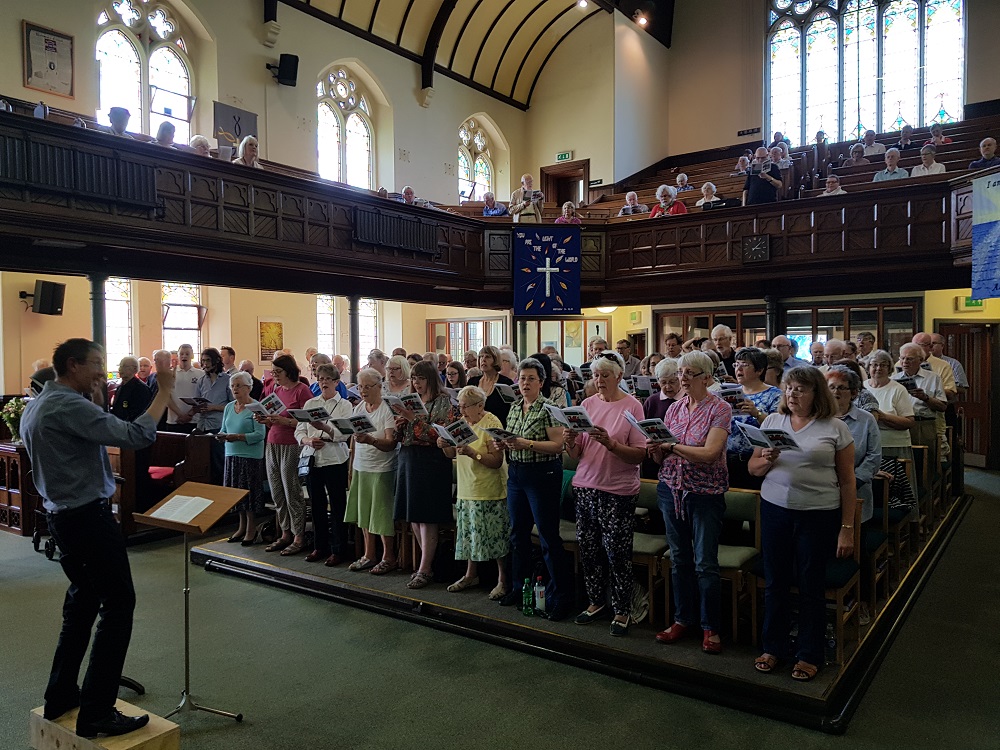 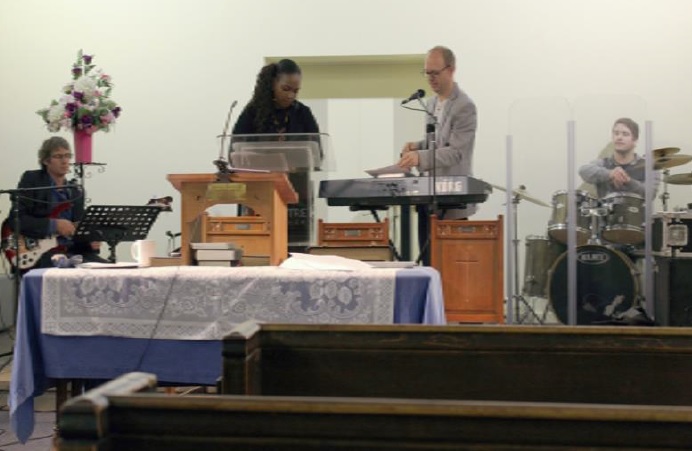 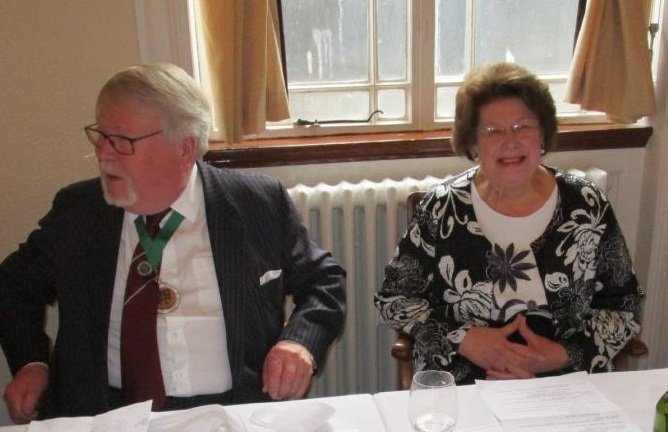 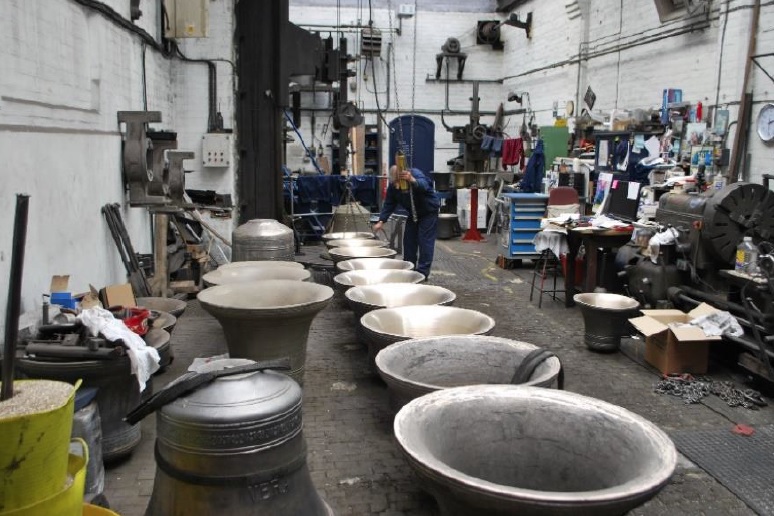 A society visit to the Bell Foundry in Loughborough 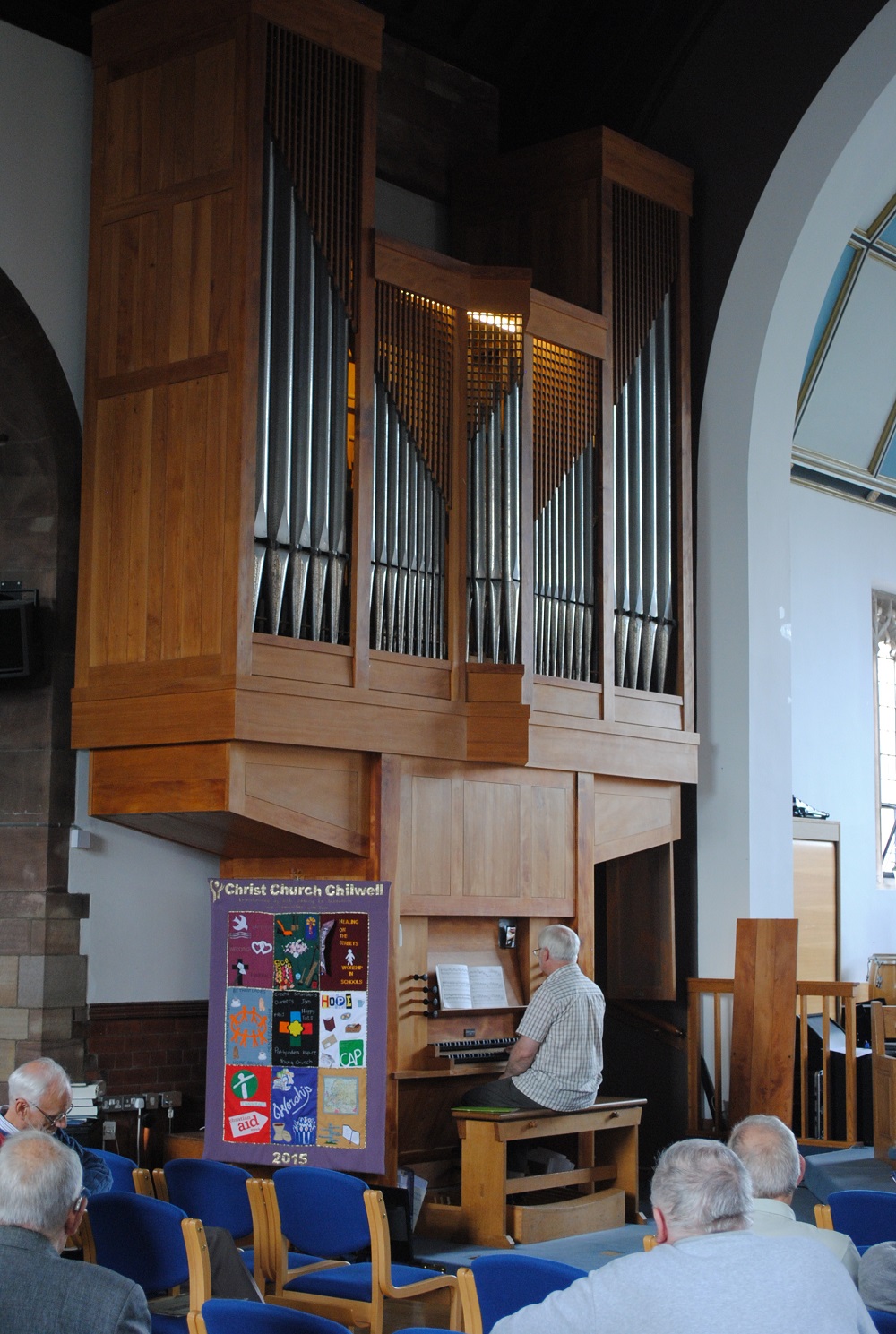 The 1984 Nigel Church Organ in Chilwell 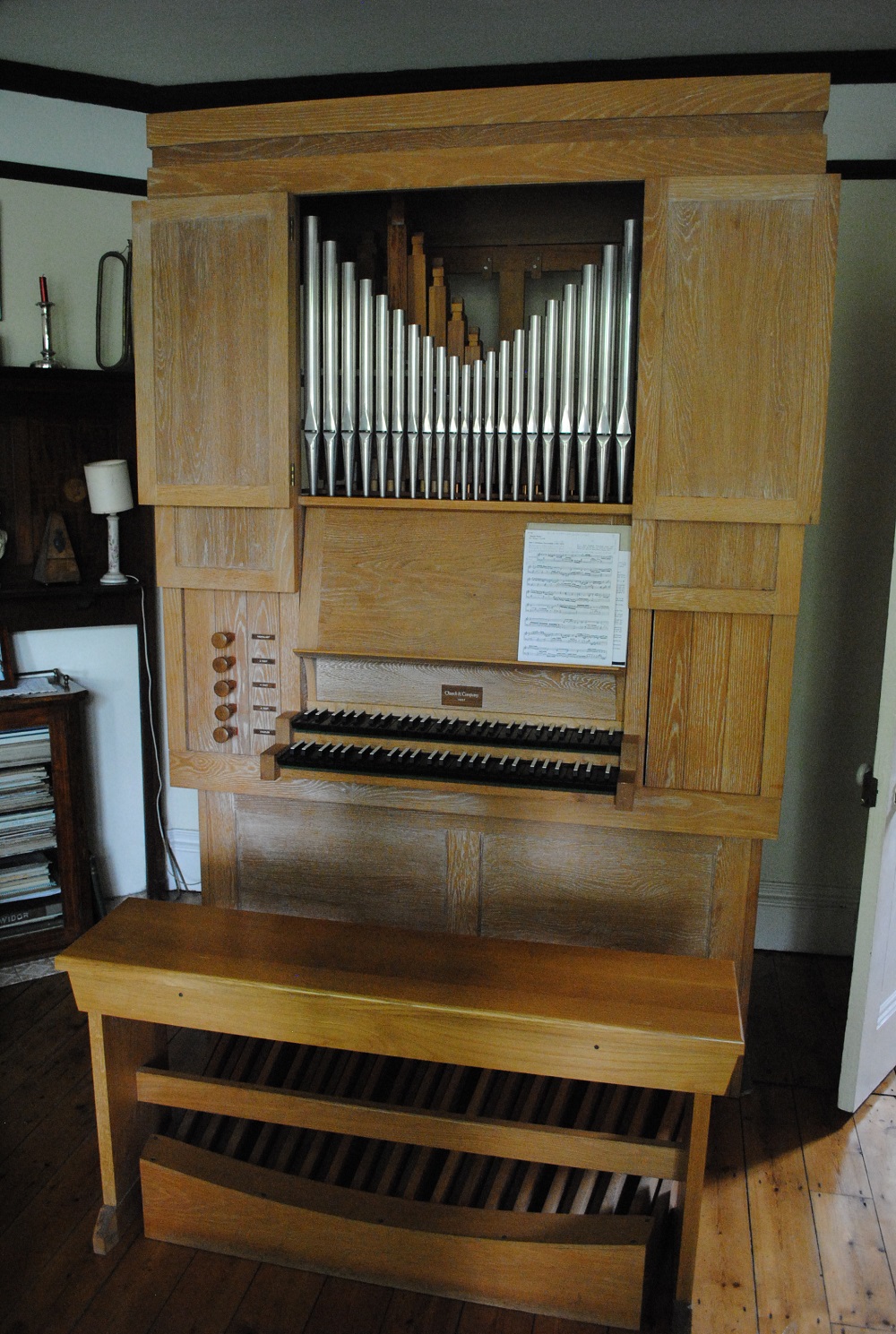 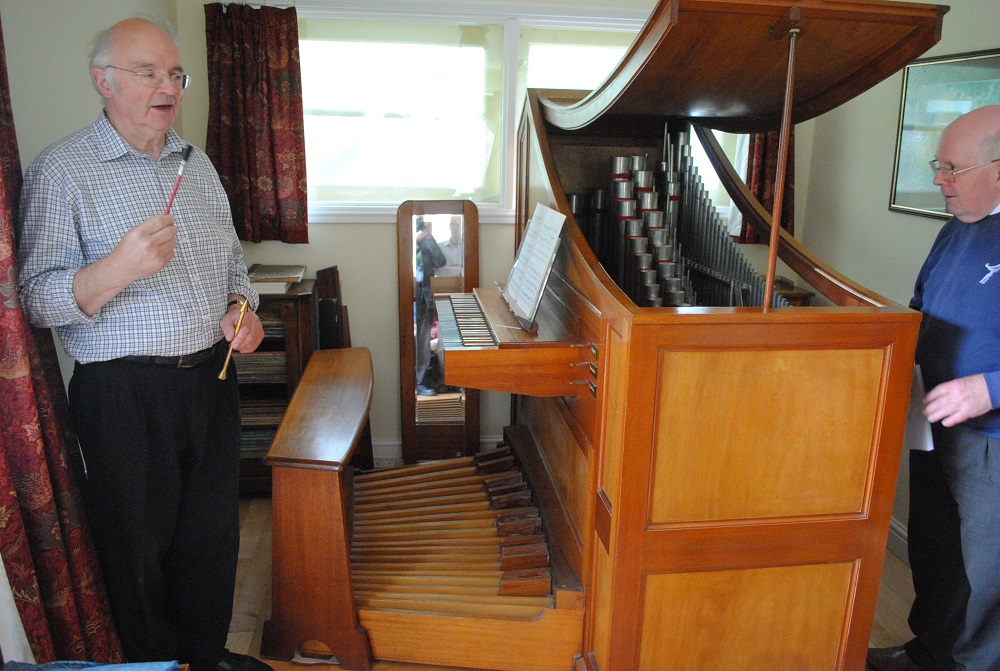 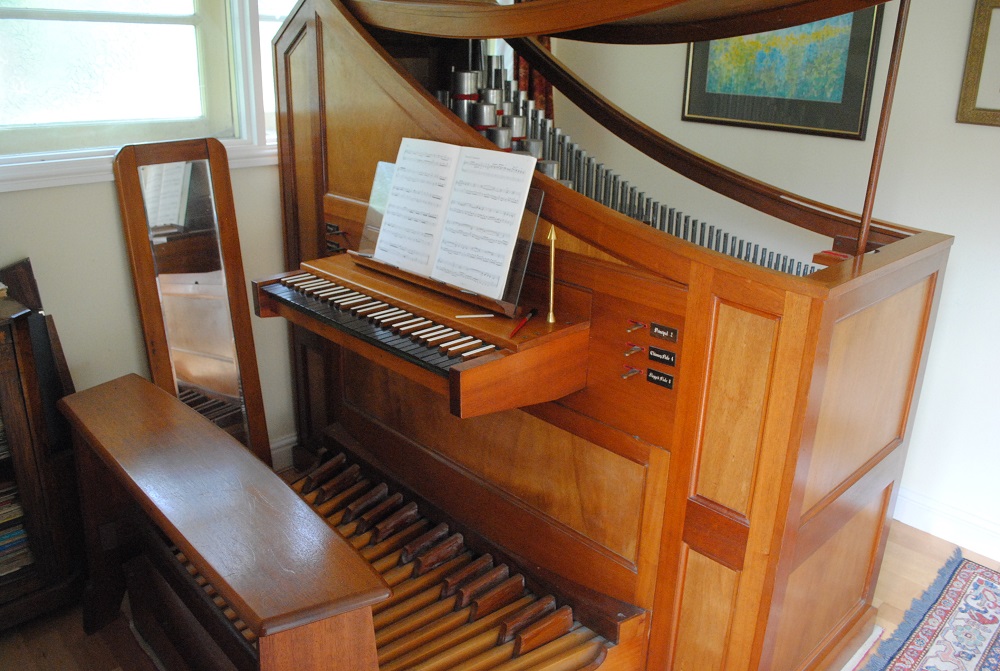